Finnentrop. The Eibach Group is pleased to announce that several partners made it onto the podium with Eibach components at this year's 24-hour race at the Nürburgring and congratulates the winning teams. The top ten saw no fewer than eight vehicles with Eibach Race Springs in places two to nine, which was a remarkable success. The performance of premium partner Black Falcon, who finished in the Top 5 three times in an AMG GT3 and saw two class wins in the SP10 and V6, is also particularly pleasing. Last year's winner, Audi Sport Team Land Audi R8 LMS, can also be congratulated on sixth place overall in the face of a particularly difficult race.

The race this year was again marked by the dreaded weather caprices of the Eifel. First a thrilling race with plenty of action throughout the field developed in bright sunshine. The overall lead changed a total of eight times in the first five hours alone. The night then made for an even more exhilarating race with the onset of rain, from which the Black Falcon Mercedes AMG GT3, which had been perfectly adapted to the extreme conditions, emerged as the leader shortly after three o'clock. But the Winner over all – with a relatively small margin – was the Manthey Porsche, running on Suspension Components by our customer KW.

Our very best congratulations also to Porsche and the Manthey Team.

Successful in the overall standings

In addition to the winning teams and those placed in the top ten, Eibach also congratulates the third-placed driver in the AT class Patrick Brenndörfer from Bremotion in his zebra-look Ford Mustang GT. Racing cars also equipped with Eibach Race Springs finished in respectable positions in the overall standings with 12th place for Audi Sport Team BWT in an Audi R8 LMS and 14th place for Mücke Motorsport in an Audi R8 LMS. Congratulations also go to Securtal Sorg Rennsport for the class victory in a BMW M235i.

Eibach wishes to thank the partners involved for their trust and is eagerly looking forward to many more mutual racing highlights and successes!

Eibach is publicly acknowledged as the Hidden Champion in Motorsport Springs. In the early 80es of the last century Wilfried Eibach engineered the first 15 ERS (Eibach Race Springs). Today the worldwide ERS Line comprises more than 1.500 standardized Race Springs and Components (imperial and metric), and all these products are available from stock. There is barely any Motorsport-Series around the world without Eibach – from the small Mini-Midget to all the Formula –Series, from the bullish intimidating Off-Road Trophy Trucks with huge Suspension Travels to all those fascinating Touring-Car-Series on all continents.
This Manufacturing Experience and Motorsport Expertise, won over decades, is part of the DNA of each Eibach Race Springs, including the lowest tolerances and the highest linearity in the industry.

Last but not least Eibach considers Motorsports as an ideal test field for new Suspension Innovations.

‘With its new Wiethfeld Plant in Finnentrop, Germany Eibach has become a highly respected partner of Premium OEMs for Suspension Springs and innovative Stabilizers’. 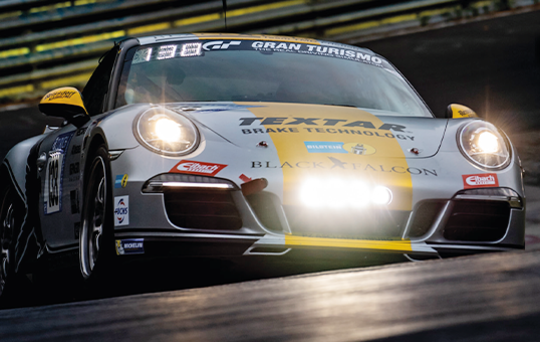