Finnentrop. The Eibach Group is pleased to announce that two partners made it onto the podium with Eibach Race Springs at the 47th edition of the 24h race at the Nürburgring. Congratulations to both Team Phoenix and Black Falcon for their achievements.

After a pretty-much flawless performance, the victorious Audi Sport Team Phoenix from neighbouring Meuspath was able to win the ADAC TOTAL 24h race for the fifth time. The 230,000 spectators saw a classic elimination race with many vehicle breakdowns, minor and serious accidents as well as numerous offences and penalties. The four drivers Pierre Kaffer, Frank Stippler, Frédéric Vervisch and Dries Vanthoor finally triumphed in an Audi R8 LMS that was perfectly set up with Öhlins dampers and Eibach race springs. Particularly the last driver did a formidable job at keeping the Porsche 911 GT3 R #911 of Manthey-Racing in check.

Also on the podium, after a flawless race with Eibach race springs in combination with Bilstein MDS dampers, was the Black Falcon Mercedes-AMG GT3 with start number 3 and the drivers Maxi Buhk, Hubert Haupt, Thomas Jäger and Luca Stolz. Congratulations on this achievement from all the team at Eibach. Unfortunately, the Black Falcon AMG GT3 with starting number 2, which began the race from pole position, did not make it into the final classification despite a solid lead in the first five hours of the race. Adam Christodoulou, Maro Engel, Manuel Metzger and Dirk Müller found the right mixture of attack and restraint over seven hours, but dropped out in the 50th lap due to a collision. Eibach partner BLACK FALCON was compensated by a class win in the SP10 and a double class win in the V6: Here the team TEXTAR with the drivers Alexander Akimenkov, Ronny Lethmate, Carlos Rivas Carlos and Vasilii Selivanov won in a Porsche Carrera. Team TEXTAR with Christoph Hoffmann, Carsten Palluth and Tobias Wahl also made it to second place.
In the SP10 class the drivers Marek Böckmann, Yannick Mettler, Tobias Müller and Tristan Viidas won in an AMG GT4.

Schrick and Subaru win in the SP3T

Eibach partner Subaru Tecnica International achieved its fourth class victory in the fifth race of this year thanks to Tim Schrick and numerous technical updates with the Subaru WRX STI. Our congratulations in the class SP 3T go to the well-prepared line-up with Tim Schrick, Carlo van Dam, Hideki Yamauchi and Takuto Iguchi.

Further congratulations go to Hyundai Team Engstler for their third place in the V2T class. With the near-series Hyundai i30 Fastback N, which was especially developed for the 24h marathon, the team with the starting number 160 fought to the limit with its four drivers Guido Naumann, Byung-Hui Kang as well as Franz and Luca Engstler over the entire race distance. For Team Sorg Rennsport the 24 hour race was not for the faint hearted either, thanks to a mammoth programme with nine planned cars: In the end only four cars made it to the finish – but the passion of the Sorg brothers was rewarded with second place in the Cup5 classification. Next year the team will be back stronger than ever!

In addition to the main race, the supporting programme also impressed with the FIA WTCR race, which gave Germany the first WTCR race winner: Our congratulations go to Eibach partner Benjamin Leuchter, who was able to defeat championship leader Esteban Guerrieri in a direct duel in a VW Golf GTI TCR from Sébastien Loeb Racing. A true home game for the highlight race on the Nordschleife!

Eibach wishes to thank the partners involved for their trust and effort and is looking forward to many more race highlights and successes! 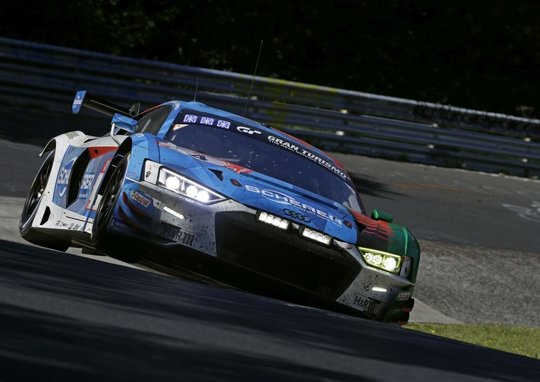 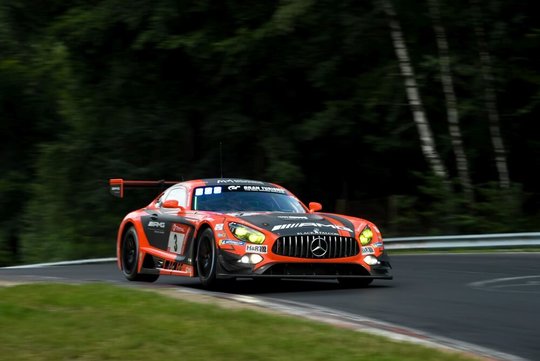